On 7th November Kuka YouBot used in National Centre of Robotics was used during the opening of Aurelius – Experiental Science Center (http://aurelium.sk/otvorenie-aurelia-pocas-tvt-20106/). Robot is used in cooperation with Matador Industries by student Vladimír Mečiak. He is using it on his diploma thesis. The goal of the thesis is to create fully autonomous robot in ROS environment. Despite the robot was not fully autonomous, Minister of education, science, research and sport of Slovak Republic Peter Plavčan mastered the control of this robot and he ceremoniously cut the ribbon by the robot. Robot in that week handled much more. On Friday 11th November 2016 robot assisted in the celebration of the 111th anniversary of Matador Industries’ foundation. At this celebration robot served a cup with champagne to president doc. Ing. Štefan Rosina, PhD. More photos of this action will be brought soon. 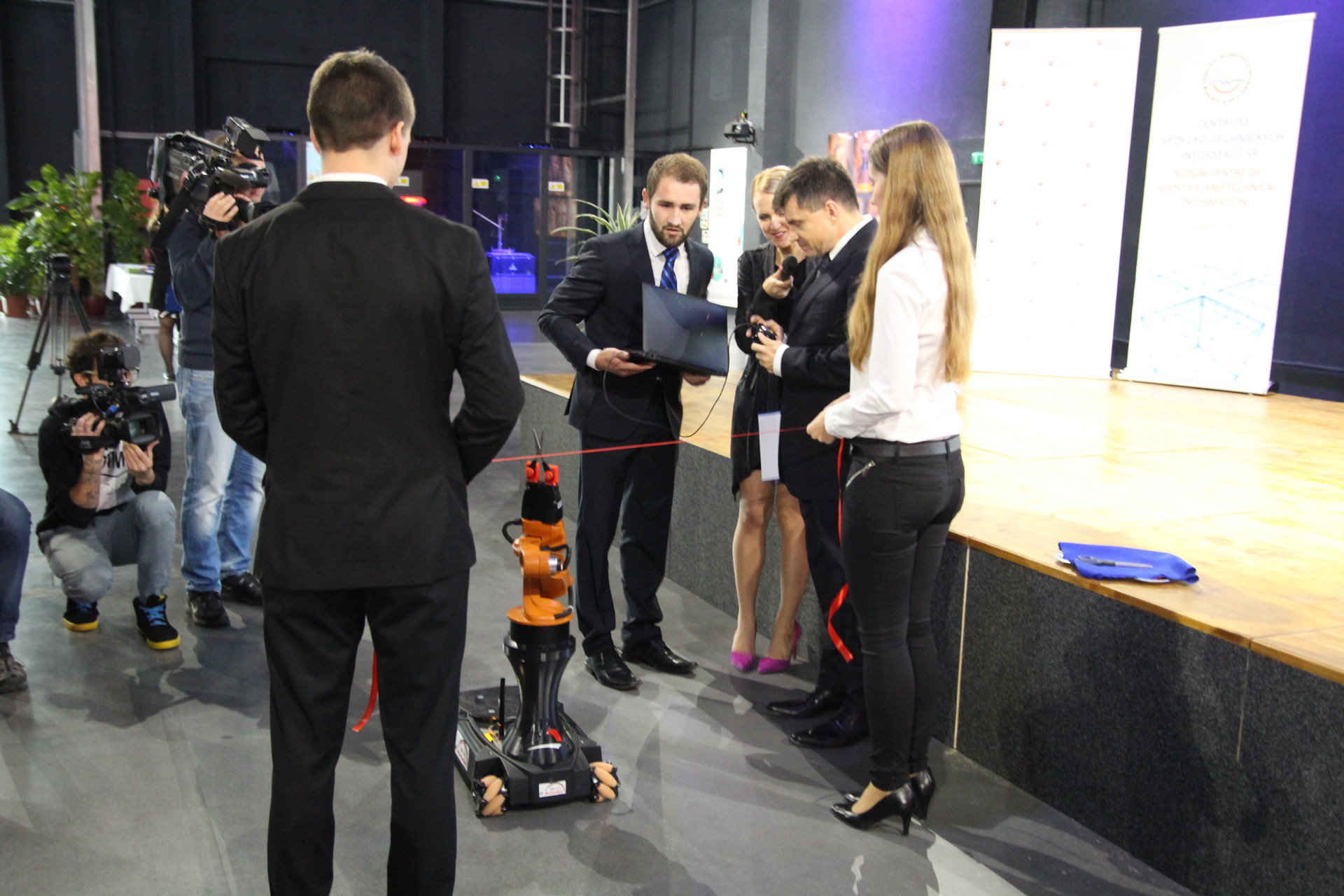 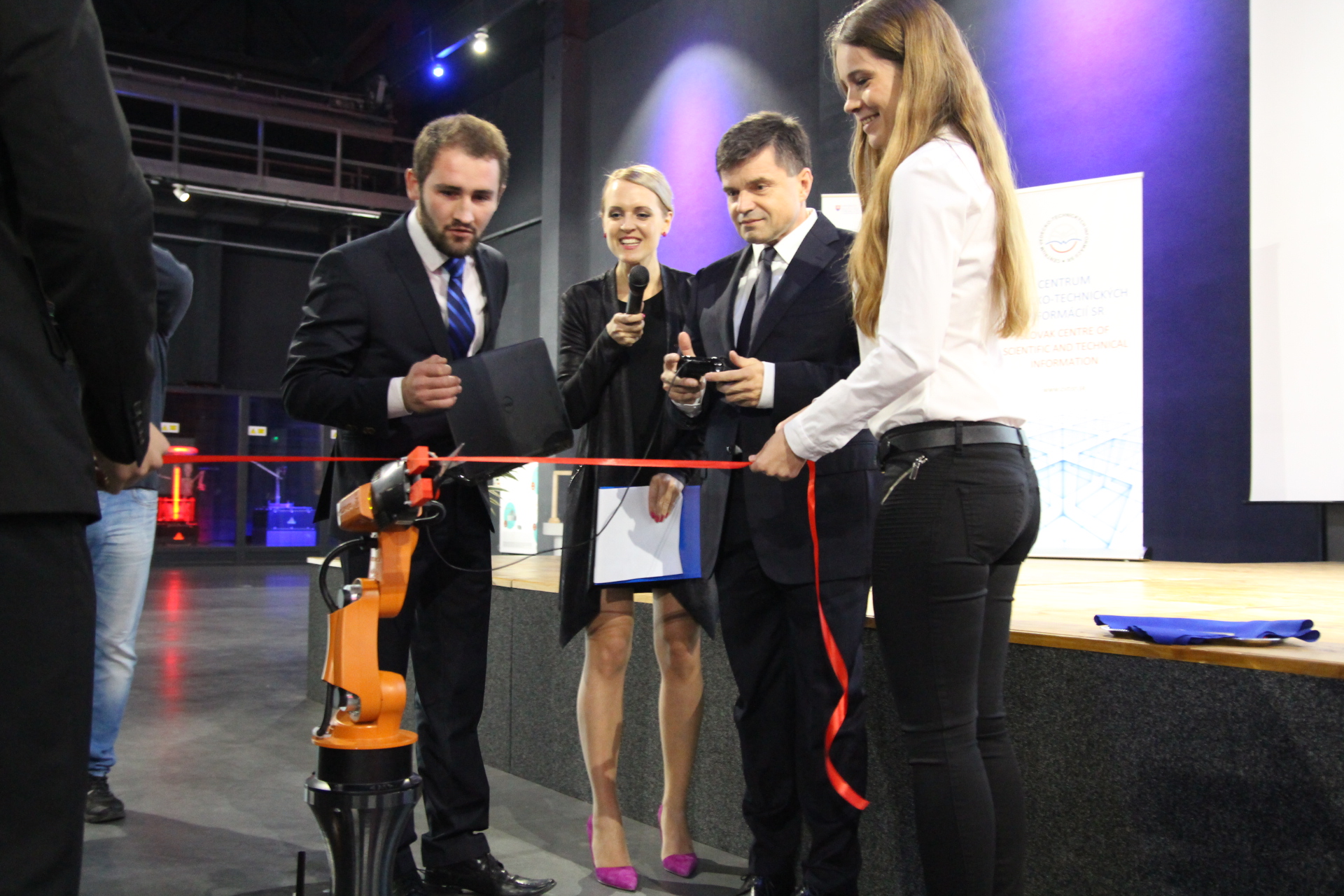 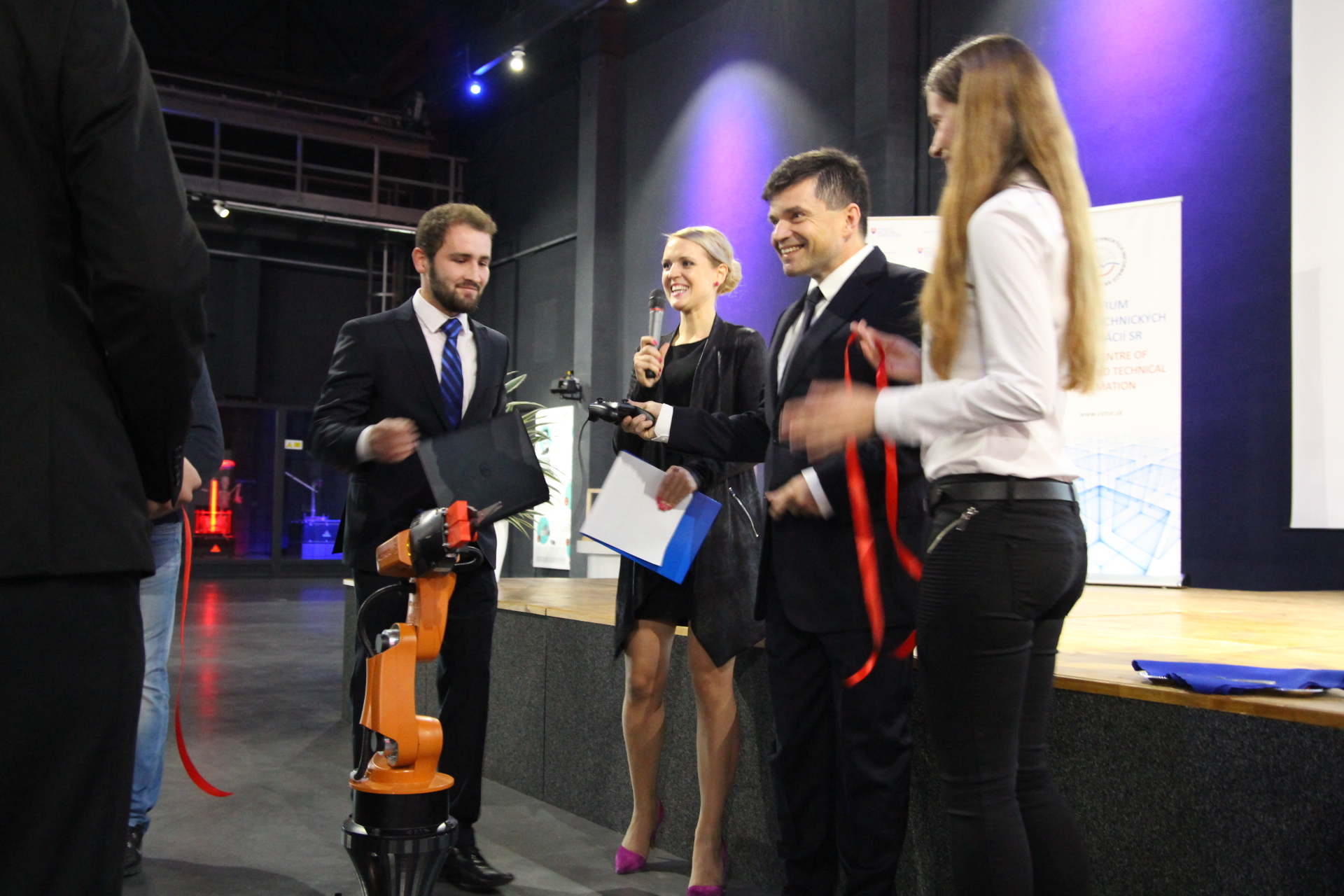 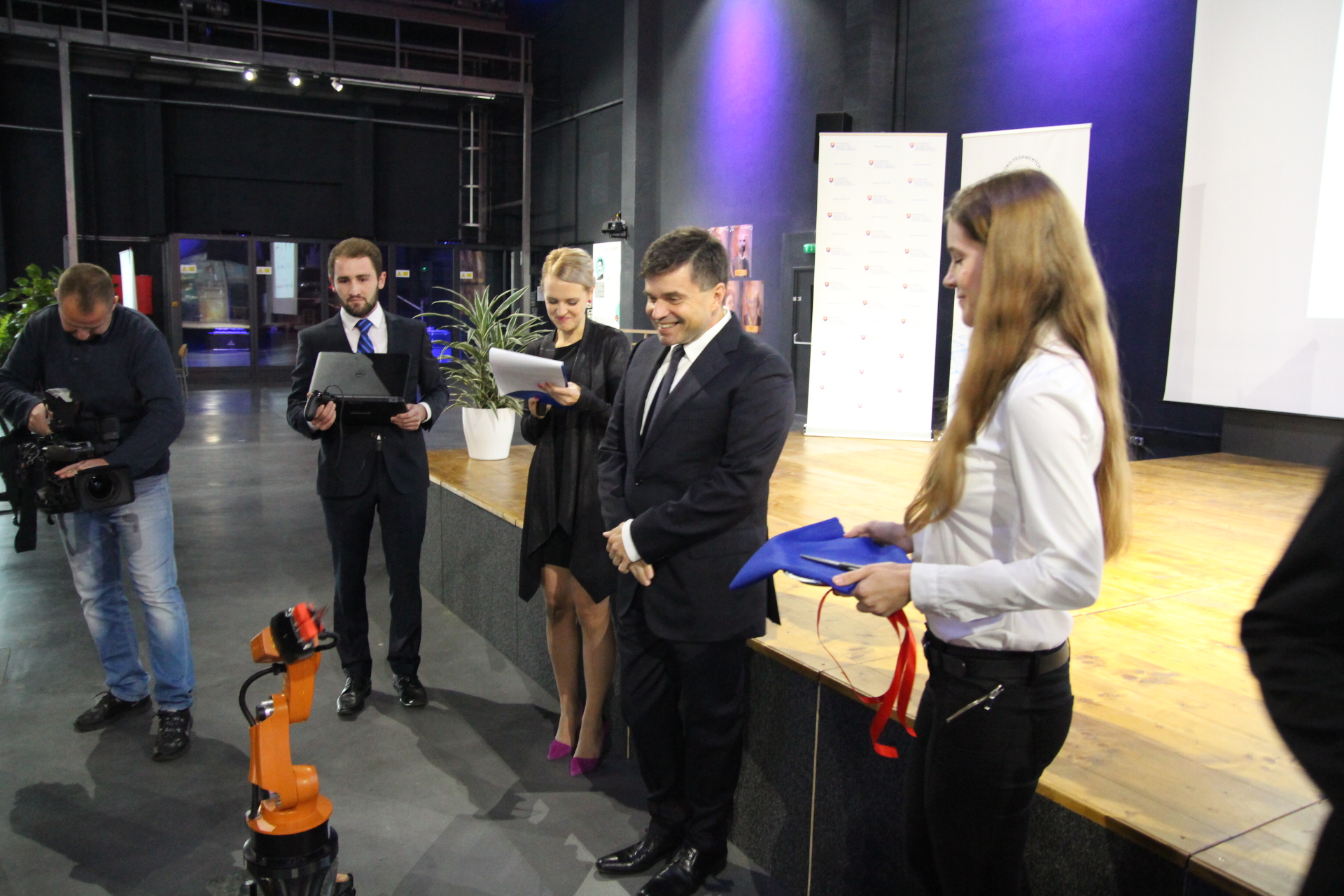 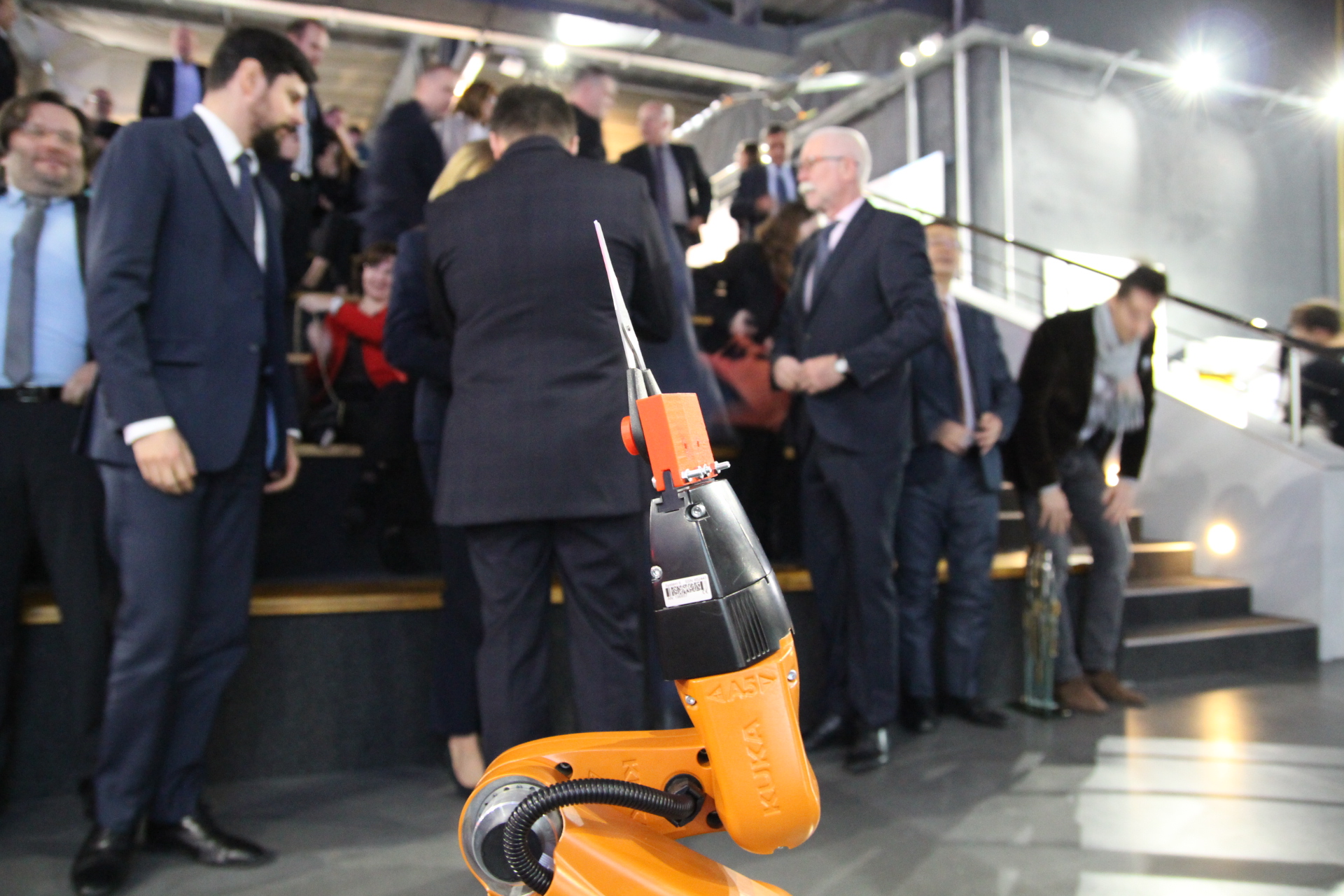