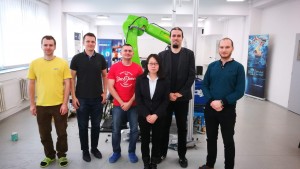 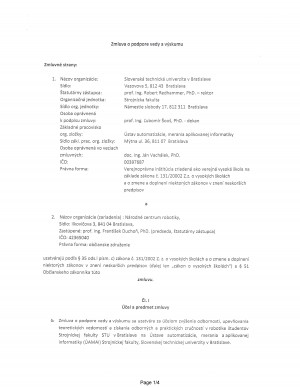 One of the goals of National Centre of Robotics is to associate leading experts in the field of robotics under one roof. Therefore two memorandums of mutual cooperation were signed in last days. First is signed with Faculty of engineering STU and second is signed with Electrotechnical faculty ŽU. We are looking forward to our … read more 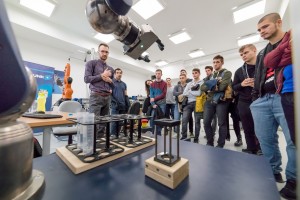 On 24th October, Open Days were held at the FEI STU. NCR was also included to presented the laboratories. The event was held with the support of the European Week of Robotics, which will be held from 16th to 25th November 2018 (European Robotics week).

NCR at an exhibition in Rome 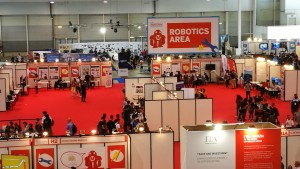 National Centre of Robotics under the heading of Slovak University of Technology was exhibiting at Makre Faire in Rome. This exhibition took place beteween 12th and 14th October at the exhibition grounds Fiera di Roma. A total of 30 teams were presented in the robotics section – under the patronate of prof. Siciliano, of which … read more 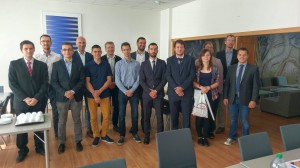 On 19th September, the final round of the competition – best diploma thesis in the area of robotics – NCR Award, was held at the B-club at FEI STU. Patrik Bakyta with his work Control of Industrial Robot in ROS was most appreciated by committee led by professor Hubinsky. Matej Bartošovič ranked second with the … read more 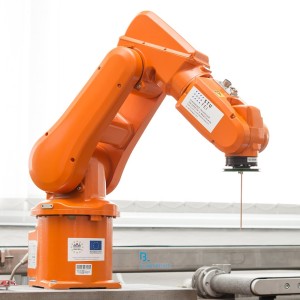 Work focused on the image processing, conversion of image into a code for robot, and optimization of its trajectories during the portraying has been developed with support of National Centre of Robotics. Robot with this application can be seen on several trade fairs. More in video:

NCR from robot’s point of view 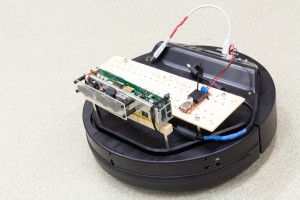 Results of Ing. Beňo (honorary member of NCR) work are 3D maps of our laboratories. This work is focused on effective 6-DOF SLAM. Results were processed by platform Kobuki and with usage of Kinect.

National Centre of Robotics again included in May relax with robots 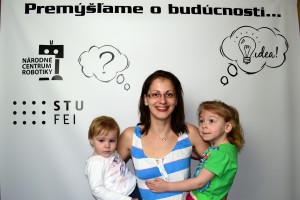 This year, between 27th and 29th April, May relax with robots in Wellness hotel Patince again took place. Members of National Centre of Robotics exhibited several exhibitions from robotics and they created competitions for children with robots and against robots. Three lectures about new trends in robotics have been presented by Assoc. Prof. Duchoň. Event … read more 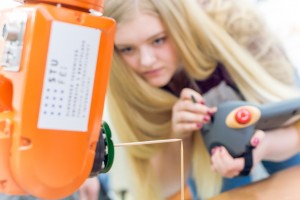